Getting ready to dive the Farne Islands

Corby and District Suba Aqua Club are getting ready to go diving in the Farne Islands, ok we are not going until the start of June, but with the sun shining today got me in the mood for diving, and hopefully diving with the seals.

The Farne Islands are a group of islands  a few miles of the Northumberland Coast, they are probably best known for being one of the largest Sea Bird Sanctuaries within the British Isles and also for having a large colony of Atlantic or Grey seals.

With the Farne Islands being one of the most dangerous shipping areas within the British Isles, resulting in many wreck dives.  Diving is suitable for all grades/qualifications of divers with lots to see at shallow depths and at deeper.  Although in June we may miss the seals I am hoping that as it is early june that we may just catch them, if you have dived the Farnes Island let us know in the comments below when you went and whether the seals where there. 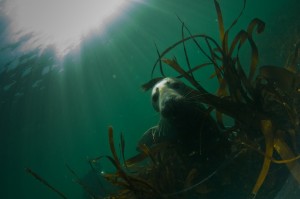 This will be the first sea dive for some new members of CADSAC so the next few months we will be dusting of our kit and getting as much pratice as possible to make the most of the weekend.

Have you dived the Farne Islands f so let us know your experience below.